All stranded Jammu bound trucks to be cleared by tonight: Div Com Kashmir 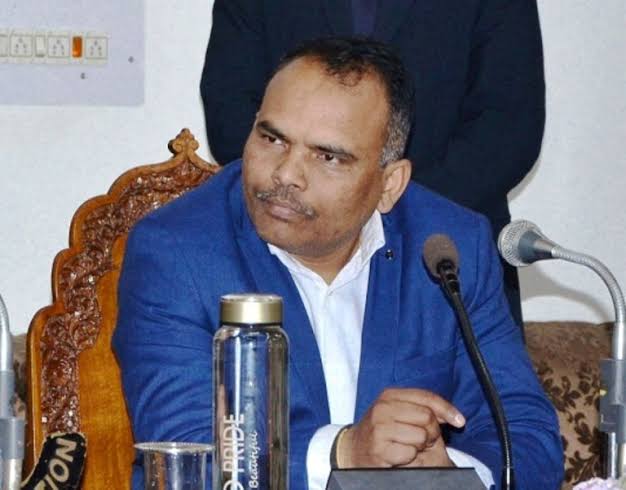 The Divisional Commissioner (Div Com) Kashmir, Pandurang K Pole on Monday informed that 46000 trucks and trailers have moved from Qazigund towards Jammu in which 29000 are Apple trucks in alternate day convoys from Sep 01 to Sep 25. While 3995 Apple trucks moved towards Jammu yesterday, only.

Div Com asserted that normally apple production in Kashmir is 17 metric tons but due to abundant rainfall, there has been a bumper crop and it will cross 21 metric ton this time.

Pole said that the claim made by certain Fruit growers association on the halting of fruit trucks is half truth and added that natural reasons are hindering traffic.

He said that we have difficulties in the movement of traffic on the highway due to rains and resultant shooting stones but it is beyond human control.

He appealed to them to use alternate Mughal road to lessen the burden on Srinagar-Jammu National Highway.

It was informed that almost 1500 trucks got stuck in between Ramban and Ramsoo as traffic could not move ahead of Ramban with flow because of intermittent shooting stones at Mehar causing regular stoppages.

Moreover, Div Com informed that today at 12 noon Chief Secretary had taken a review meeting which was attended by DGP and all officers of traffic departments.

He informed that administration is making all efforts while he also appeals to use Mughal road, at least for empty vehicles

At present around 4000 trucks loaded with fresh, perishable, Petroleum products and other requirements of the valley are stranded in the Jammu region, he stated.

It is further informed that the trucks are being cleared now and Passenger vehicles could only be released from Jammu and Srinagar. The congestion due to halted trucks has been cleared at the earliest.

It is pertinent to mention that the capacity of NH for one way HMV movement is just about 3000 to 3500 if there is no disruption in traffic due to landslides, shooting stones and breakdown of loaded trucks. Anything above the capacity disturbs the whole cycle of up and down release of traffic and this may result in piling up of traffic on NH.