Let all of us irrespective of nationalities and regions commit ourselves to Be organic, Go organic and Buy organic 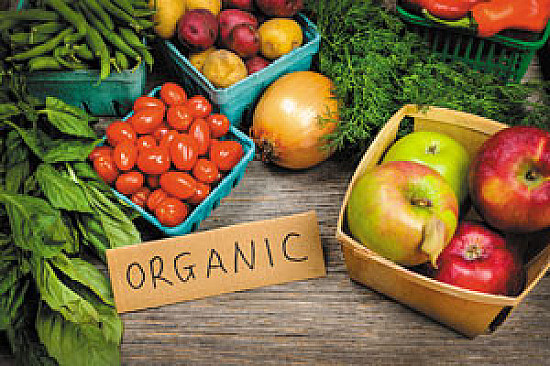 Planet today is heading towards a catastrophic situation. Water bodies have become polluted, soils have degraded and air has become unfit for breathing. Human interference with nature has led to this situation. In the country to feed the growing population, production was to be increased and thus started the indiscriminate use of chemical fertilizers and plant protection chemicals in the 1960s which led to the Green Revolution.  Unfortunately, despite the country having become self sufficient in food grains production, the use of the hazardous chemicals is still going on. This chemical intensive agriculture has ruined our ecosystem. The entire food chain has been poisoned. All the attention is now for an agricultural food production system that is not based on the intensive use of chemicals and synthetic fertilizers. A system where we do not have to compromise the present for the future is thus the need of the hour.

It is a system of farming largely devoid of the use of chemicals. In the simplest terms, organic farming is based on maintaining a living soil with a diverse population of micro and macro soil organisms. A common phrase used to characterize organic farming is that it is ‘feeding the soil, not the plant’. Organic matter is maintained in the soil through the addition of compost, animal manure, and green manures and the avoidance of excess tillage and nitrogen applications. Another common aspect of organic agriculture is growing plants without synthetic fertilizers or pest control chemicals. On a broader scale, it seems there are some that perceive organic growing as requiring some spiritual or religious commitment. While this is far from the truth, it is true that many people committed to organic agriculture are committed to some important social principles as well. These usually include the desire for organic agriculture to be economically, environmentally and socially sustainable and based on integrated production systems. In organic agriculture, the emphasis is on using locally available and renewable resources, marketing locally, and the quality of food is also seen as a key part of personal health and wholeness.

The most commonly used and readily available source of organic matter is manures from animal dung. The animal dung when kept for four to five months decomposes with the help of bacteria and other micro organisims present in the atmosphere. It then becomes very good quality manure rich in nutrients that can substitute the chemical fertilizers. Another very old, traditional source of organic matter and nutrients is by Green Manuring i. e growing plants on the land and then ploughing them back into the soil to decay and release nutrients for the following crop. Crops grown to add nutrients to the soil are called green manures. Dhiancha is the most commonly used green manure crop in India. Vermicomposting is another organic source which is excreta of a special species of earth worm Eisenia Foetida. This species feeds on animal dung, kitchen and farm waste. There are also mineral derived organic fertilizers either in the form of raw rock phosphate, colloidal rock phosphate, or black rock phosphate. Similarly, animal derived organic fertilizers include blood meal (dried blood), bone meal, feather meal, fish meal or fish emulsion, and oyster shell lime. However, there are some concerns about the safety of these fertilizers when they are derived from poorly managed animals or animals that were not produced organically.

Status of Organic Farming across the Globe

Due to the large area of organic farmland in Australia, half of the global organic agricultural land is in Oceania (36.0 million hectares). Europe has the second largest area (15.6 million hectares) followed by Latin America (8 million hectares). The organic area increased in all continents compared to 2017. The 21st edition of the study ‘The World of Organic Agriculture’ published by FiBL and IFOAM–Organics International shows a continuation of the positive trend seen in the past years. Globally, 1.5 percent of farmland is organic. Statistics also reveal that ten percent or more of the farmland is organic In 16 Countries. However, many countries have far higher shares. The countries with the largest organic share of their total farmland are Liechtenstein (38.5 percent), Samoa (34.5 percent), and Austria (24.7 percent). In sixteen countries, 10 percent or more of all agricultural land is organic.

The Organic Farming policy in India was introduced in the year 2005. To promote Organic Farming, various programmes have been started and different initiatives are given under these programmes. Of the 2.78 million ha covered under organic farming in India, 1.94 million ha is under National Programme for Organic Production (NPOP), 0.59 million ha s under Parampragat Krishi Vikas Yojana (PKVY), 0.07 million ha is under Mission Organic Value Chain Development for North Eastern Regions (MOVCDNER) and 0.17 million ha is under various  state schemes or non-schemes. NPOP which started in 2001 covers about 70 per cent of the organic area of the country of which 30 per cent is under conversion. PKVY and MOVCDNER schemes started in 2015-16 and cover 21.5 per cent and 2.6 per cent of the total organic area in the country. The remaining 6.1 per cent of area under organic cultivation is either under a state scheme or not related to any scheme. During 2015-16 to 2018-19, around 96 per cent of total certified organic food production was under NPOP certification and the remaining four per cent was under Participatory Guarantee System (PGS) of certification. Organic products are valued only when they get proper organic certification.

The way forward lies in ensuring that all the organic produce gets organic label and for this necessary institutional mechanisim be created at the grass root level. Another issue is regarding the marketing of produce. Appropriate markets should also be created at the local, national and international level for the producers. The silver lining is that the global organic market continues to grow worldwide and has passed the 100 billion us dollar mark. As agriculture till a few years back was based on the intensive use of chemical inputs, it is a challenge to motivate the farming community to abandon the chemical fertilizers. As organic farming involves a decline in the production in the initial years, farmers need to be motivated by providing various incentives in kind or cash for the years there production suffers a decline. Awareness about the negative effects of chemicals and the beneficial effects of Organic farming is also necessary.

The Soil Association United Kingdom (UK) launched a month-long campaign in September 2013 called ‘National Organic Month’ or ‘Organic September,’ to raise awareness of the various benefits of organic food and farming, which include; biological diversity and wildlife protection, contributing to the fight against climate change, reduced pesticide exposure, and high-quality food. In the face of threats emerging from climate change and human interference; the urgency to transform our food systems all across the globe to restore to its original condition is of prime importance and the month of September provide us an opportunity to promote, propagate and practice organic farming. To further this cause, the European Parliament, the Council and the Commission have signed a joint declaration establishing 23 September each year as EU organic day. In this month, let all of us irrespective of nationalities and regions commit ourselves to Be organic, Go organic and Buy organic.

(The Author is a Faculty at SKUAST-K. He can be reached at pkumar6674@gmail.com) 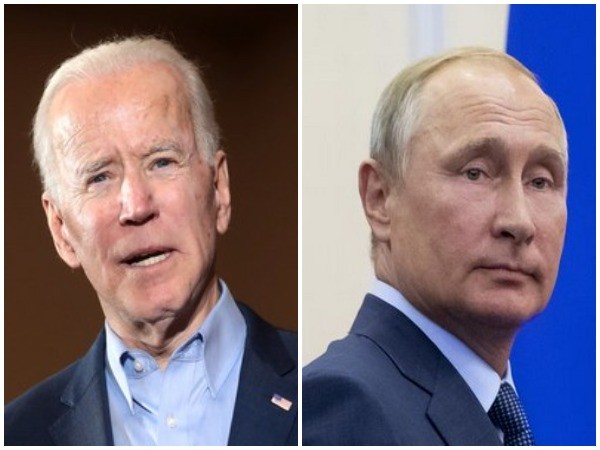 Age certificates to be issued/ given Zone wise at designated places in Srinagar : CMO

AC approves regulations for functioning of Agri Markets across J&K

Four houses to be attached for sheltering militants in Srinagar: Police

Arms, Ammunition Along With Narcotics Recovered in Baramulla: Police