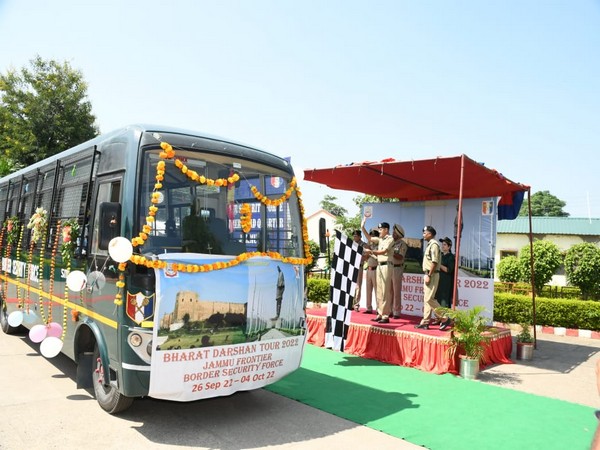 The tour, which will commence from September 27 to October 4, includes 35 children-- 20 boys and 15 girls. These students belong to a humble background and were selected from remote border areas, said the BSF in a statement.

"During the tour, children will get an opportunity to visit various monuments in Gujarat like Kamala Nehru Zoo, Sabarmati River Front, Sabarmati Ashram, Statue of Unity, Sardar Sarovar Dam, Akshardham Temple, Gujarat Science City, Amul Dairy and Narendra Modi Stadium. During this tour children will also get a chance to meet the Governor and Chief Minister of Gujarat," mentions the statement.

The aim of organizing the tour is to give exposure to the children hailing from the border areas about the rich heritage, culture and grandeur of our nation and help them to understand the unity in diversity of India, it said.Inspector General, BSF Jammu, D K Boora flagged off the 'Bharat Darshan' tour.

Boora interacted with children and said that it is a "great opportunity for these children, not only to enhance their knowledge but also to know about different culture and traditions of our country".

He further added that besides guarding the borders, BSF Jammu is also playing an active role in national integration by way of conducting such types of tours for the children of remote areas. These tours have garnered huge popularity among the masses of remote border areas of the Jammu region. (ANI)