Centre directs States, UTs to exercise powers of UAPA against PFI, its affiliates 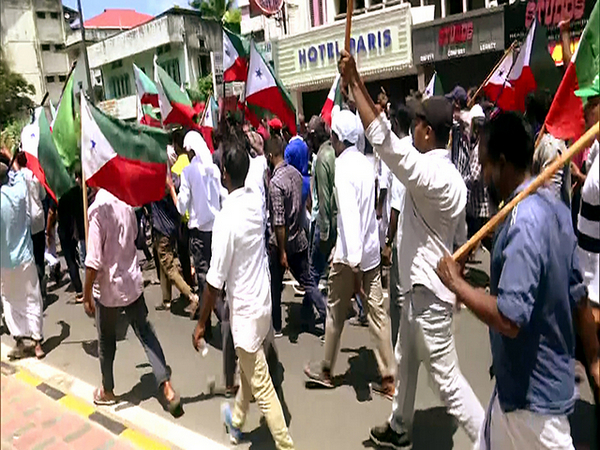 In another setback following the declaration of the Popular Front of India (PFI) as an 'unlawful association' and banning it for the next five years, the Central government has directed all States and the Union Territories (UTs) to "exercise" powers of Unlawful Activities (Prevention) Act against the outfit and its affiliates.

Besides PFI, the state governments and administration in UTs have been asked to use the powers of UAPA against its associates or affiliates or fronts including Rehab India Foundation (RIF), Campus Front of India (CFI), All India Imams Council (AIIC), National Confederation of Human Rights Organization (NCHRO), National Women's Front, Junior Front, Empower India Foundation and Rehab Foundation, Kerala. These PFI affiliates have also been banned by the Centre for five years under UAPA. "In exercise of the powers conferred by section 42 of the Unlawful Activities (Prevention) Act, 1967, the Central Government hereby directs that all powers exercisable by it under section 7 and section 8 of the said Act shall be exercised also by the State Government and the Union territory Administration in relation to the above said unlawful association," reads a followup notification issued by the Ministry of Home Affairs (MHA).

In an earlier notification, the Centre exercised the powers conferred by sub-section (1) and provision to sub-section (3) of section 3 of the Unlawful Activities (Prevention) Act, 1967 (37 of 1967) to declare the PFI and its associates including Rehab India Foundation (RIF), Campus Front of India (CFI), All India Imams Council (AIIC), National Confederation of Human Rights Organization (NCHRO), National Women's Front, Junior Front, Empower India Foundation and Rehab Foundation, Kerala as an unlawful association.

Days after arresting over 100 PFI cadres in multiple raids carried out across the country linked to the PFI cadres by the National Investigation Agency, Enforcement Directorate and state agencies as well as police forces, the Centre issued a ban against the outfit and its affiliates with "immediate effect".

The notification clearly mentioned that the ban has been imposed against PFI and its associates for "indulging in unlawful activities, which are prejudicial to the integrity, sovereignty and security of the country and have the potential of disturbing public peace and communal harmony of the country and supporting militancy in the country.

The Centre issued the ban citing the investigation of its agencies, mentioning "the investigations have established clear linkages between PFI and its associates or affiliates or fronts".

It is also accused that "some of the PFI's founding members are the leaders of Students Islamic Movement of India (SIMI) and PFI has linkages with Jamat-ul Mujahideen Bangladesh (JMB), both of which are proscribed organisations".

The Centre's action also mentioned findings of agencies about a number of "instances of international linkages of PFI with Global Terrorist Groups like Islamic State of Iraq and Syria (ISIS)".

The PFI and its associates are also charged for working covertly to increase the radicalization of one community by promoting a sense of insecurity in the country, which is substantiated by the fact that some PFI cadres have joined international terrorist organisations"

The PFI is further accused of its involvement in several criminal and terror cases as well as sheer disrespect towards the constitutional authority of the country.

With funds and ideological support from outside, the PFI and its affiliates are further accused of becoming a major threat to the internal security of the country.

The PFI came into existence on December 9, 2006. Three south Indian Muslim fundamentalist outfits -- the National Development Front (NDF), Kerala; the Karnataka Forum for Dignity (KFD), Karnataka; and the Manitha Neethi Pasarai (MNP), Tamil Nadu-- rechristened the 'South India Council' (a Bangalore based organisation floated by NDF in 2004) as the 'Popular Front of India'.

One of the constituent organisations of PFI, the NDF was formed in 1993 in Kerala to form 'resistance groups' to meet the 'challenge from the Sangh Parivar'. The KFD, though formed (2005) for the claimed objective of upliftment of Muslims, indoctrinated its members to undertake 'Jehad' for the cause of Islam.

The training was imparted to them in martial arts, use of lathis and unarmed combat, apart from ideological indoctrination. The MNP, which was formed (2001) under the name of 'National Defence Force' by M Ghulam Mohammed in 1999, was aimed at preparing Muslim youth to retaliate against attacks on Muslims by Hindus and any attempt to denigrate Islam. (ANI)