India on side of peace and will remain firmly there: Jaishankar on Russia-Ukraine war 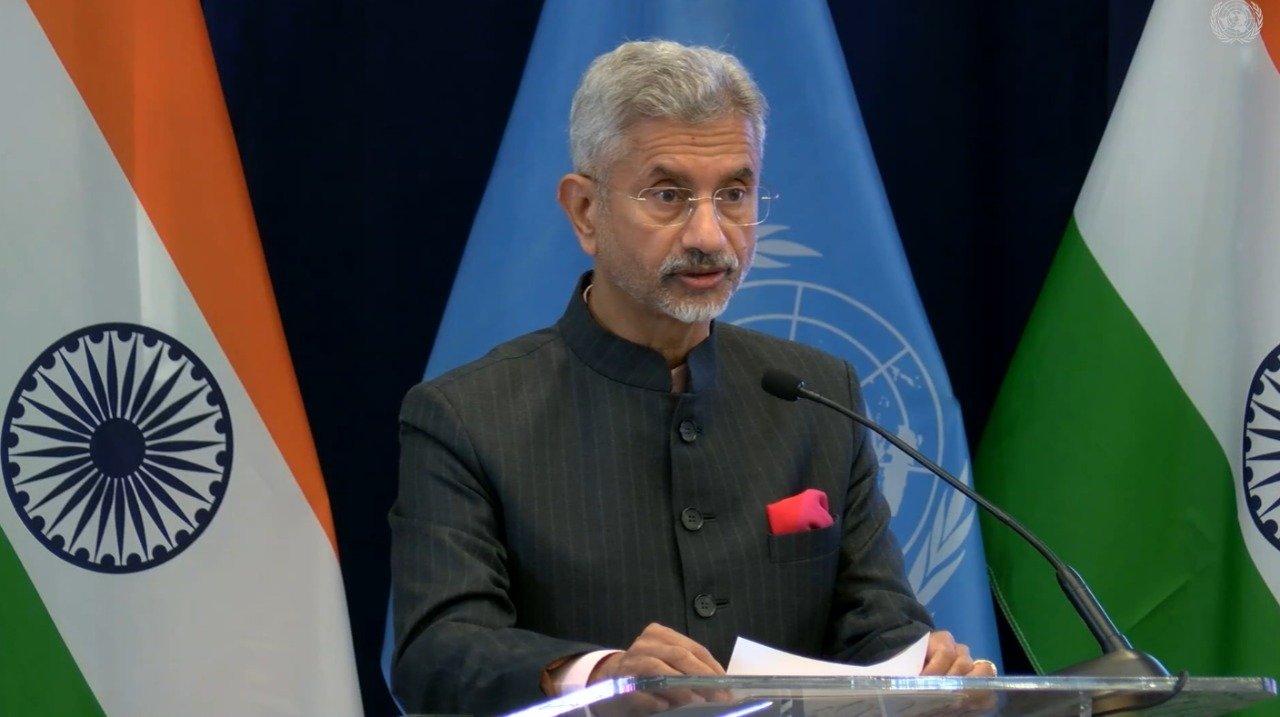 As the Ukraine war dominated the world's top diplomatic stage this week, India on Saturday strongly called for the need to end the war through diplomacy and openly addressed its stand on the Kyiv-Moscow conflict. Speaking at the 77th UN General Assembly (UNGA), External Affairs Minister S Jaishankar said, "we are often asked whose side we are on. And our answer, each time, is straight and honest. India is on the side of peace and will remain firmly there," strongly asserted.

"We are on the side that respects the UN Charter and its founding principles," he said, reiterating India's stand on the ongoing Russia-Ukraine conflict.

While pressing the need for diplomacy, Jaishankar said that they are on the side that calls for dialogue.

Almost every leader during the week reiterated the impact of the conflict, "We are on the side of those struggling to make ends meet, even as they stare at escalating costs of food, fuel and fertilizers," Jaishankar said in his address.

"It is therefore in our collective interest to work constructively, both within the United Nations and outside, in finding an early resolution to this conflict," he concluded.

Less than a couple of hours before Jaishankar's address, the External Affairs Minister met his Russian counterpart Sergey Lavrov and exchanged views on Ukraine.

The meeting came just hours before Lavrov's address to the high-level UN General Assembly's general debate where he called for UNSC reform and backed India in an expanded Security Council.

During the UNSC meeting on Ukraine earlier this week, Jaishankar recalled Prime Minister Narendra Modi's emphasis to Russian President Vladimir Putin that "this cannot be an era of war".

"Let me emphasise that even in conflict situations, there can be no justification for violation of human rights or of international law. Where any such acts occur, it is imperative that they are investigated in an objective and independent manner. This was the position we took with regard to the killings in Bucha, and this is the position we take even today. The Council will also recall that we had then supported calls for an independent investigation into the Bucha incident." Jaishankar said, making it one of the toughest statements on Russia in the last seven months, since the invasion of Ukraine.

Earlier this week, Jaishankar also met in person with Ukrainian Prime Minister Denys Shmyhal at the UN headquarters here and apprised him of India's principled position that emphasises cessation of all hostilities and returns to dialogue and diplomacy. (ANI)