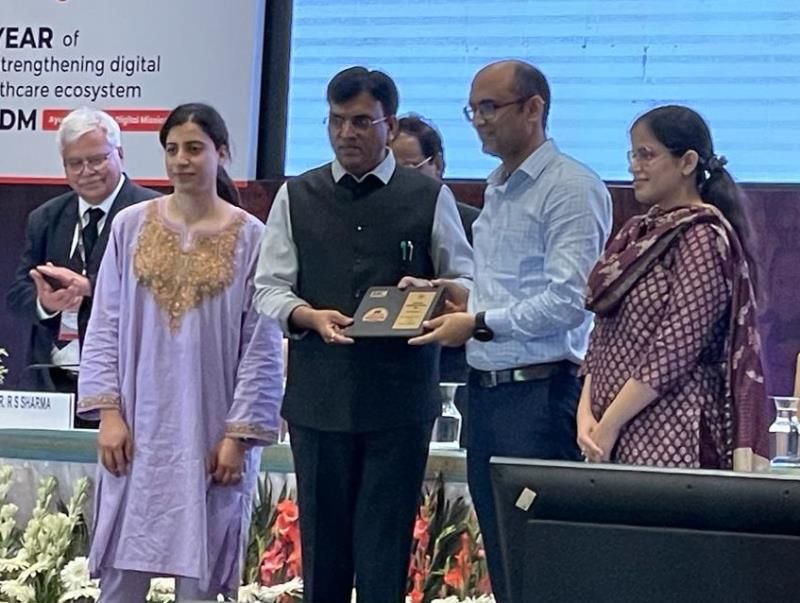 All the states and Union Territories participated in the Manthan.

During the event, the State Health Agencies exhibited the best practices adopted in their respective states and UTs towards making these schemes a great success.

He also highlighted the progress achieved, so far, by J&K in beneficiary identification and feedback mechanism under Ayushman Bharat.

Pertinently, J&K has been recognized for its best practices in booklet on best practices and innovations which was launched by CEO, NHA, Dr R S Sharma at the event.

Notably, J&K has covered 90 per cent of the beneficiary families in terms of golden card generation, so far. The innovative practices adopted by the UT government in generation of golden cards has resulted in better utilization of services by the beneficiaries. The State Health Agency has rolled out an ambitious door-to-door exercise to achieve 100 percent saturation under the Ayushman Bharat PMJAY SEHAT scheme.