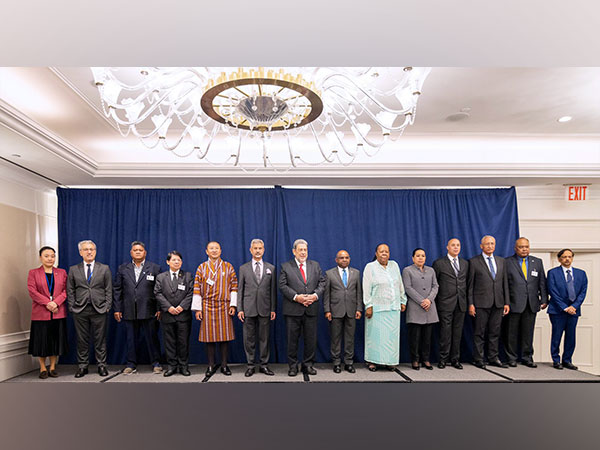 On recognising the weaknesses of the Security Council in dealing with global challenges, the L.69 group of countries from Africa, Latin America and the Caribbean, Asia and the Pacific have committed to instilling "new life" in their efforts towards achieving reform of the UN Security Council.

L.69 group and other reform-minded countries, joined hands to call for a more inclusive, responsive and participatory international governance architecture. They called for urgent and comprehensive reform of the Security Council to reflect the contemporary global realities. "We commit to 'instil new life' in our efforts during the 77th session of the General Assembly, and urgently call on all Members States of the United Nations to join hands to achieve a comprehensive reform of the Security Council," according to the statement released by Ministry of External Affairs.

L.69 group is of pro-reform member states, including primarily developing countries from Africa, Latin America and the Caribbean, Asia and the Pacific. The meeting on "Reinvigorating Multilateralism and Achieving Comprehensive Reform of the UN Security Council", was held in New York and was chaired by the Prime Minister of St. Vincent and Grenadines Ralph Gonsalves and co-hosted by the External Affairs Minister S Jaishankar.

According to the statement, the high-level meeting of the members of the L.69 group commemorated the 15th Anniversary of their founding.

The grouping underlined that the lack of progress in Security Council reform has serious implications, not only for the continued relevance of global governance institutions but also for global peace and security and delivering on the purposes, principles and promises of the United Nations Charter.

"At today's high-level meeting, the participants - both the members of the L.69 group and other reform-minded countries, joined hands to call for a more inclusive, responsive and participatory international governance architecture. They called for urgent and comprehensive reform of the Security Council to reflect the contemporary global realities," the statement reads.

After the meeting, the participants participated in a "Call to Action" joint statement where they said that the United Nations require urgent and comprehensive reforms and emphasised that the security council must be reflective of the

"aspirations and perspectives of the developing world" that form the majority of UN global membership.

32 countries including India highlight the reforms required in the UN Security Council in their joint statement.

The signatories of the joint statement stated that they reaffirm that adapting the United Nations to contemporary world realities necessarily requires urgent and comprehensive reform of the Security Council, the principal organ for international peace and security.

"We recognize that a resilient world urgently needs reformed and effective multilateralism to deliver solutions for the pressing and evolving challenges of our time, developmental challenges, poverty, climate change, pandemics, global food security, international conflicts and crises, and international terrorism," the statement reads.

According to the statement, the heads of delegations were convinced of the need to restore faith in effective multilateralism, "we stand united, as a group of pro-reform like-minded States, determined to work towards a more inclusive, responsive and participatory international governance architecture," the statement reads.

The head of delegations recognised that a reformed Security Council must better reflect the contemporary United Nations membership, including through enhanced representation of Small Island Developing States (SIDS), which comprise approximately 20 per cent of the United Nations' membership.

An expansion of the Security Council in both permanent and non-permanent categories, as well as reform in its working methods, is indispensable to making this body more representative, legitimate and effective, delegations reiterated.
"We reaffirm our support for the representation of Africa in line with the Common African Position, as contained in the Ezulwini Consensus and the Sirte Declaration," the statement reads.(ANI)