Rs 20 Lakh damage estimated as some shops gutted in Ganderbal 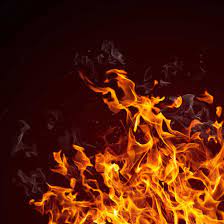 A two-story shopping complex was gutted in a fire incident in Barsoo area of central Kashmir’s Ganderbal district, officials said on Monday.

Official sources told GNS that the fire erupted in one of the shops, apparently due to short-circuit, and caused damaged to other couple of shops in the vicinity. Tentatively, he said, damage of Rs 20 lakh has been estimated in the blaze which was brought under control by fire service authorities, they added. (GNS)