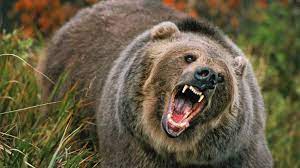 A woman was hospitalized after a black bear attacked her in Uttersoo village of South Kashmir’s Anantnag district this morning, officials said.

They told GNS that one Shamema Begum, wife of Mushtaq Ahmed Hajam was outside her house when the beast attacked her. Alerted by the cries, the family and locals came to her rescue and chased away the wild animal, they said.

The woman was subsequently taken to SDH Shangus for treatment, they further said.

The gravity of injuries however couldn’t be known at the time of filing of this report. (GNS)