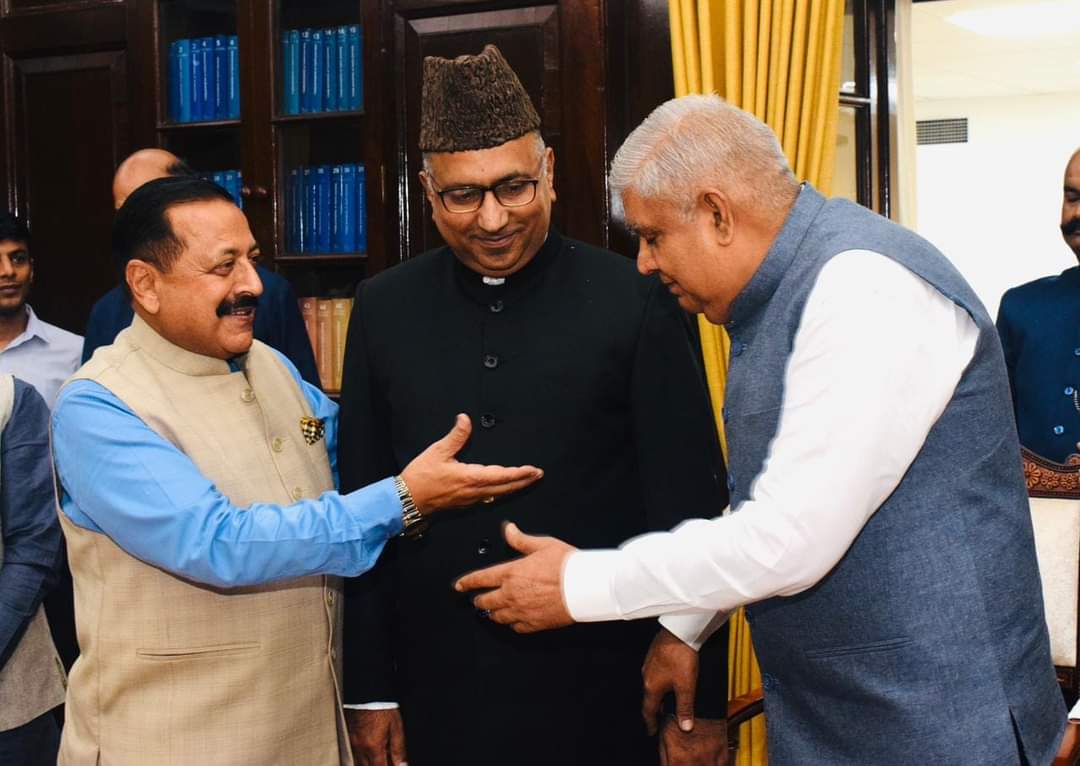 Bharatiya Janata Party's Ghulam Ali and Former Tripura Chief Minister Biplab Kumar Deb on Wednesday took oath as MPs of Rajya Sabha in the presence of Vice President Jagdeep Dhankhar, who is also the chairperson of the Upper House.

Terming the North-Eastern states as "Asht Laxmi", Biplab Kumar Deb said that he would follow up on the work already begun by PM Narendra Modi for the development of Tripura.

"My priority would be to speed up the state's development that began in 2018 under PM Modi's leadership. He himself brings to the table demands for the northeast and asks what is needed. I would like to tell Tripura that I would follow up on development works for Tripura and to speed them up," Deb said.

Gujjar leader from Kashmir Gulam Ali also took oath as a member of the Rajya Sabha.

"I have carried out all my duties responsibly. My priority would be to work in the national interest. I will see how to bring Dalits, backward classes and minorities to the mainstream and how they can contribute to the nation's development," Gulam Ali said post the oath-taking ceremony.

"Whatever responsibility I have got now I will do it for the betterment of the country," he added.

President Droupadi Murmu appointed Gulam Ali to the Rajya Sabha on September 10. Meanwhile, the Bharatiya Janata Party had lauded the appointment saying that now people from Jammu and Kashmir are being recognised after the abrogation of Article 370.

Very recently, Deb was made Haryana state BJP in charge. Biplab Deb's popularity had earlier helped BJP to clean sweep the northeastern state marking a thumping victory in 2018. The 2018 victory overtook the Left's rule of 25 years in Tripura.

After taking oath as the 10th Chief Minister of Tripura on March 9, 2018, he stepped down from the state CM post on May 14 this year. He was then succeeded by Manik Saha who took oath as Tripura's Chief Minister on May 15.

The by-election for the Rajya Sabha seat was held after it was vacated by Manik Saha.

The state of northeast Tripura goes into elections next year. BJP eyes forming a second-term strong government while the opposition seems to be backing support from Mamata Banerjee-led Trinamool Congress. (ANI)