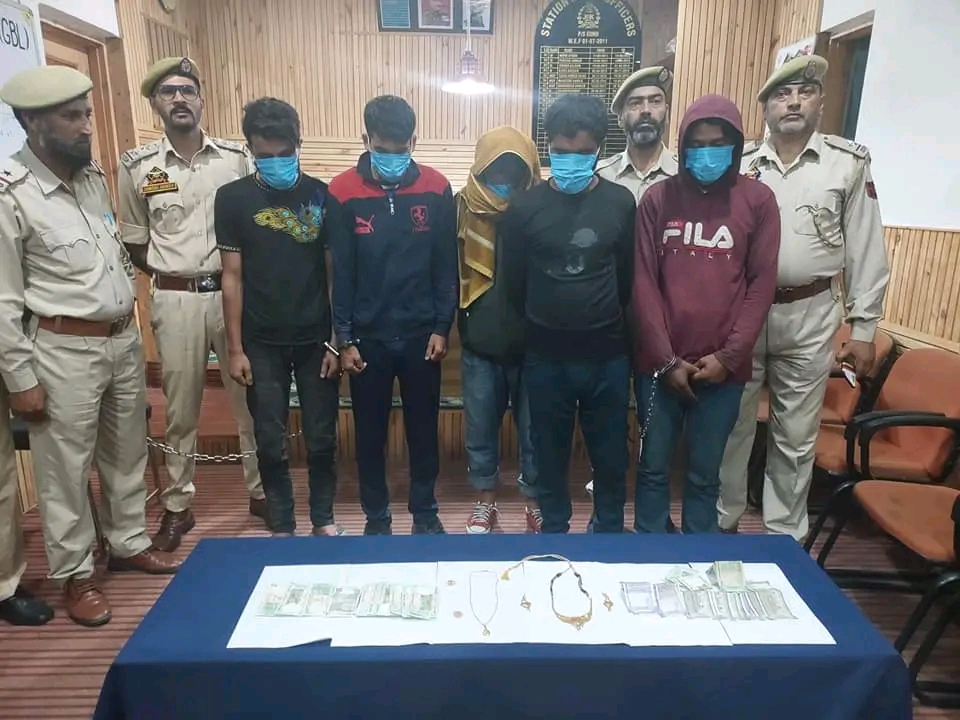 Jammu and Kashmir Police on Sunday said that it has solved Burglary case in Central Kashmir's Ganderbal district and recovered stolen property worth lacs from their possession.

A police spokesman said, "During the intervening night of 18/19-09-2022, Police Station Gund received an information that some unknown Burglars have entered into the houses of Ashiq Ahmad Mir S/O Mohd Sultan Mir R/O Kullan and Muzafar Ahmad Famda S/O. Fazul Rahman R/O Kullan and decamped with Golden Ornaments and Cash."

Further, on the directions of worthy SSP Ganderbal, a Police team was constituted under the supervision of SDPO Kangan lead by SHO Police station Gund Inspector Salfie Arshid.

After hectic efforts and with the help of technical inputs, the Police Party was able to nab all the Culprits involved in crime.

The locals have hailed and appreciated the efforts of Ganderbal Police. Moreover, all the people are requested to co-operate with the Police so that such culprits can be nabbed under rule of law in future also.