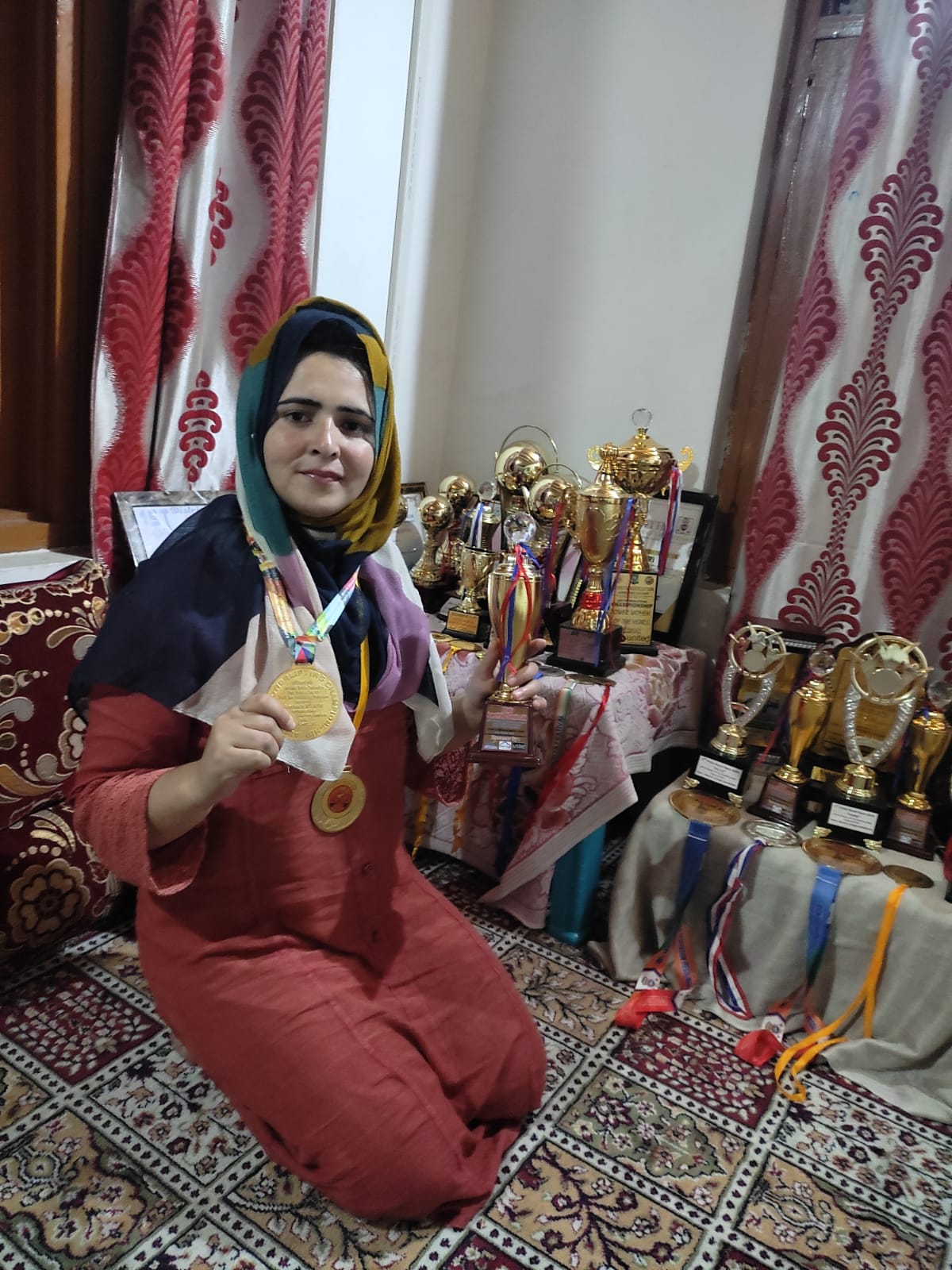 A 25 year old Gym trainer from Ganderbal district of Central Kashmir has won two gold and one silver medals in national powerlifting championship in Indira Gandhi Stadium Delhi on 22, 23 and 24 September this year.

At the national-level competition of powerlifting in Delhi Arifa lifted two gold medals and one Silver medals became as an iron lady in her village.

Arifa belongs to Duderhama area of Central Kashmir’s Ganderbal district has been very much inclined towards physical activities and sports since childhood.

She said that 'I started learning' sky martial arts' in 2012, and Saleem Pathan sahib guided me. I started attending different championships and won many awards it increased my confidence, I am the first girl in District Ganderbal to run a gym center for which I am getting good support from locals'.

She is now uses her years of fitness experience to help those who are passionate about keeping their bodies fit.

Arifa said she has also been associated with NCC college, in which she has received many appreciation awards. She said 'admission to NCC was not easy but due to my strength and physical well being I was selected.

Talking to Rising Kashmir Arifa said first I thank Allah almighty who bestowed me success After that, my parents and family who always supported me in my endeavours," Arifa said.

Her family members said that its proud moment for us that her daughter has won two gold and one Silver medals at the national level.

"It makes us along with the whole Ganderbal district feel proud. Everyone is immensely happy that girls are no longer a burden but an inspiration," they said.