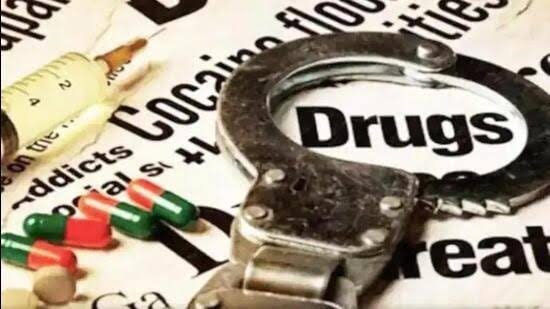 Continuing its efforts to eradicate the menace of drugs from the society, Police in Bandipora have arrested a notorious female drug peddler who was evading her arrest.

A spokesman said, "Police in Bandipora have arrested a notorious female drug peddler namely Posha Begum who was evading her arrest after she managed to escape on 25/08/2022 during a raid on residential house of Khursheed Ahmad Waza @Mandaila resident of Ward No. 05 Bandipora. A Case vide FIR No. 148/2022 under relevant sections of law was registered in PS Bandipora and investigation was set into motion."

The spokesman said that keeping in view the sensitivity of matter, a special investigation team was constituted by SSP Bandipora Shri Mohmad Zahid-JKPS under the supervision of DySP Hqrs Bandipora Shri Shafat Mohmad-JKPS.

Accordingly, different teams of PS Bandipora were deputed after getting specific information regarding her presence in Bandipora which were corroborated with technical assistance and different location in the district were raided to arrest her. Finally, she was arrested from Nusoo area of Bandipora and produced before the Hon'ble Court Bandipora for obtaining judicial remand.