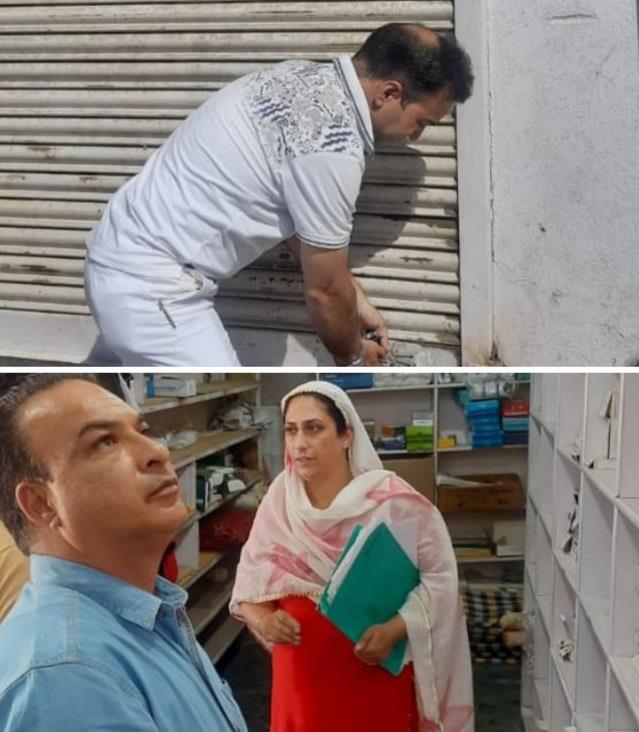 On the directions of Deputy Commissioner (DC) Srinagar, Mohammad Aijaz Asad, a team of the Drug Control Department Monday undertook a special drive to inspect the Pharma Dealers and Chemists Shops in various parts of the Srinagar City to ensure that pharmaceutical preparations are being sold in consonance with the prescriptions being generated by Registered Medical Practitioners.

The inspection teams of Zone Drug Controllers headed by Deputy Drugs Controller Nighat Jabeen inspected various markets in the Bemina area to ascertain the implementation of the Drugs and Cosmetics Act.

The Deputy Drug Controller also directed all the authorized stockists dealing with such kind of formulations to strictly restrict sale and distribution of aforementioned restricted drugs for the legitimate requirements only. They were further directed to submit distribution details of formulations comprising of habit forming ingredients on monthly basis through designated mail, so that the concerned Drugs Control Officers shall check the rationality and curb the unethical trade of such drugs, failing which severe action under law shall be taken against such erring firms.

Meanwhile, the Deputy Commissioner Srinagar has given a clear message that the District Administration has adopted zero tolerance towards the addiction and advised all the stakeholders to play their role in making the District Srinagar addiction free.

The DC has also emphasized that drugs of choice for patients suffering from severe/critical disease in their pain management have high potential for addiction and respiratory depression when misused and taken in high doses, so stakeholders are impressed upon to ensure judicious use of such formulations and maintain complete records open.

The DC further asked all Pharma/Chemist establishments operating in Srinagar to adhere to the laid down norms strictly and warned the defaulters to desist from any unethical trade practices, failing which strict action as warranted under the Act shall be taken against them.